That subdued sentiment is reflected in 2019 JNPT port data. Annual volume at the state-owned Jawaharlal Nehru Container Terminal stood at 770,000 TEU against a 1.5 million TEU installed capacity, even as combined port throughput for the year edged up to 5.1 million TEU from 5.05 million TEU during 2018.

Major ports began transitioning from the traditional “service model” to a “landlord role” toward the end of 1990s following liberalization of the Indian economy, but revenue sharing guidelines and pricing regulations have been the subject of pain points for investors seeking a level playing field with independently built, greenfield minor or non-major cargo handlers.

To illustrate the so-called uncompetitive grounds for BOT operators, the DP World-operated Nhava Sheva International Container Terminal (NSICT) at JNPT, which pioneered India’s public-private-partnership (PPP) development model with operations starting in 1999, has had to scale back container handling — from a 1.2 million TEU-designed level to a contracted 600,000 TEU threshold annually — to lessen the impact of adverse royalty obligations toward the landlord port, or the government. Pursuing that strategy, NSICT ended 2019 with 520,000 TEU, statistics show.

Above all, in a tighter market environment, terminal efficiency is seen as the most sought-after factor for transport service providers trying to improve their ailing balance sheets. Here, with superior infrastructure and global business competitiveness, private terminal operators have gained the upper hand over their public peers. But it remains to be seen how that intended effort to resuscitate struggling public cargo handlers will play out at a time when economic conditions present a weakening growth outlook. 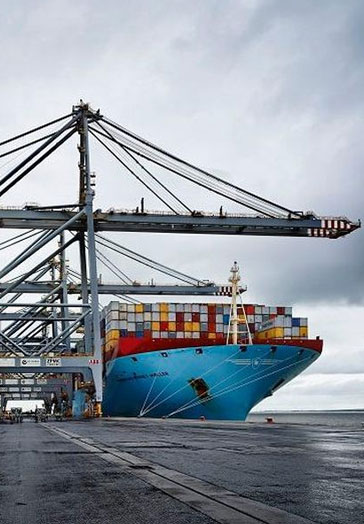